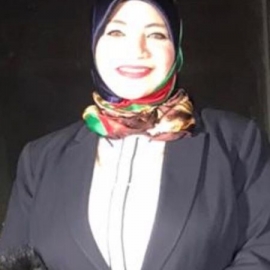 Owner and Chairman of Castle Journal British Group for Journalism & Media,announced her solidarity with China in its current crisis as its sovereignty sent a message to the

Chinese people in which it said;

The true human ,found at the hard  times as well as the friend is being in the crisis.

So ,Castle Journal is affirming its solidarity with

The Chinese people who we are facing the current  crisis bravely .

Her Excellency stressed that what is happening in China from a biological attack is not a health crisis and a deadly virus that hits the nation of a billion,rather than a dirty war .

So our stand up is kindly a challenge against all evil on earth and this ancient country that has long been marked by resilience, strength, firmness and determination for as long as it defeats all difficulties will survive in its crisis.

Abeer Almadawy also asked in her message the world ;

“ When the tsunami struck East Asia and the earthquake in Japan and Haiti ,all the countries of the world supported them up. So what’s the difference between this crisis and  the deadly virus which stroke china specially the infection can round the world which requires strong standing.

At the end of the message, Her Excellency called on the Chinese fans and the world to stand beside China as a nation and wise leadership.

Supporting the Chinese people morally with a culture of humanity and solidarity, is needed now to be only one world.

and we're all behind China.

Abeer Almadawy,head of Castle Journal declares the solidarity with China

We have 123 guests and no members online