To contain the corona epidemic .. China closes the area around the world's largest iPhone production plant 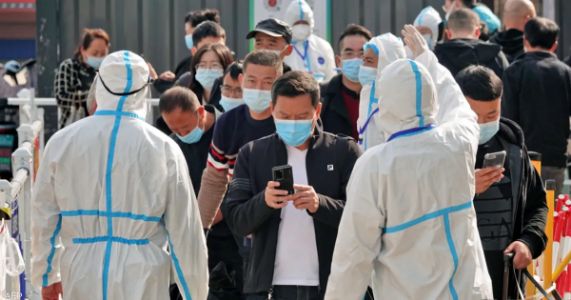 Last Wednesday, the Chinese authorities closed an area in the city of Zhengzhou, which houses the world's largest iPhone manufacturer, and it is scheduled to last for seven days in light of the strict measures taken by the state to counter the coronavirus

This step may have an impact on the production of the new "iPhone 14", which is manufactured at the Foxconn plant in the city.

On Wednesday, local authorities said that the closure of the Zhengzhou airport Economic Zone will begin immediately and end at midday local time on the ninth of November.

Public transport services were suspended and people were advised to work from home, according to an official notice on the social networking platform "WeChat".

Officials said they would"resolutely suppress all kinds of violations of laws".

Zhengzhou is the capital of Henan province in central China and is home to about 10 million people.

The city reported 167 local cases of the virus in the seven days leading up to last Saturday, compared to 97 the week before.

This closure comes at an important time for Apple, shortly after the launch of the iPhone 14, and before the important shopping seasons in the period of Christmas and Lunar New Year (Chinese New Year).

The Foxconn factory in Zhengzhou, which employs about 200 thousand workers, produces the majority of new Apple phones.

The plant has not yet provided any official statistics on the number of people infected with coronavirus in it.

Last Wednesday, the Foxconn factory said that a "small number of employees" in Zhengzhou were "affected by the epidemic" and were provided with "material supplies, psychological comfort and quick response".

He added: "At present, the epidemic prevention work in Zhengzhou is progressing steadily, and the impact on the group is controllable. The operating forecast for this quarter remains unchanged,"he said.

The workers also claimed that the area around the plant had been closed for days, with workers infected with the virus isolated and subjected to daily testing in an attempt to contain the outbreak of the virus.

The factory added that it is working with the local government to provide an "organized point-to-point return service" for workers who want to return home.

We have 149 guests and no members online