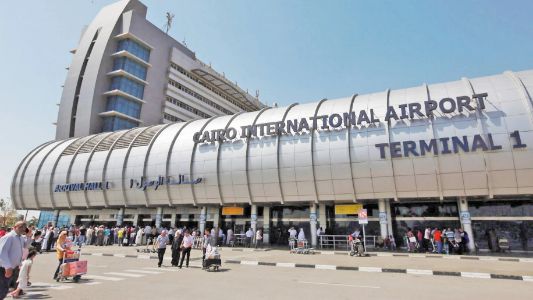 After the World Health Organization declared a "state of health emergency with an international dimension" to confront monkeys due to an increase in infections globally, and according to new instructions issued by the Egyptian Ministry of Health, quarantine authorities at Cairo Airport have taken intensive precautionary measures to curb the spread of monkeys.

Press sources confirmed that the medical authorities at the airport had taken tight measures, especially for arrivals from countries experiencing the spread of monkey pox

In the event of any suspected case, it will be isolated at the airport and transferred to the nearest hospital for the necessary tests.

"The risk in the world is relatively moderate, with the exception of Europe, where it is considered high," said Tedros Adhanom Ghebreyesus, director of the Health Organization, adding: "We can control monkey pox disease and stop its spread, using available means."

The World Health Organization (WHO) stressed the need for "coordinated international engagement, the release of funding and concerted global efforts to cooperate in vaccine and treatment exchange".

The Health Organization's characterization of chickenpox as a "public health emergency of international concern" aims to raise the alarm that there is a need for coordinated international engagement, and could launch funding and global efforts to cooperate in vaccine and treatment exchanges.