Global health: We encourage the local production and manufacture of COFID-19 vaccines in Egypt as a starting point for their distribution in Africa 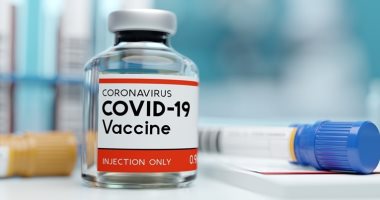 The representative of the World Health Organization (WHO) in Egypt, Naima Al - Short, stressed that WHO was promoting the production and manufacture of anti-COVID

vaccines locally in Egypt, as a starting point for the distribution of these vaccines to the countries most in need in Africa, after Egypt had met its vaccine needs.

"The World Health Organization (WHO) is working hand in hand with the Egyptian Ministry of Health, not only to promote Faxera in the mobilization of vaccines, but also to prepare the Egyptian Medicines Authority, which has every skill to make, but by global standards."

"As an organization, we encourage the settlement of the vaccine industry, and the settlement of large cities such as the Egyptian Medicine City to be an essential seed not only for Egypt but for the continent of Africa, once vaccines are produced, they will be distributed to the countries most in need."

"First, Egypt will provide for its needs, especially as we speak of more than 100 million people, and then it will be exported to African and neighbouring countries."

We have 561 guests and no members online