Egypt seeks to provide Corona with a new property that "will change the rules of the game." 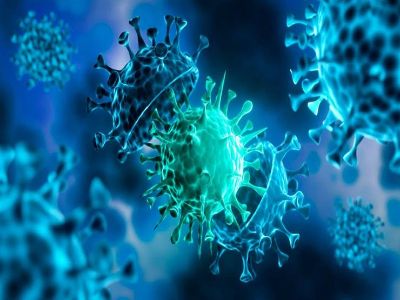 Dr. Tedros Dahanom, Director of the World Health Organization (WHO), stated that Egypt had succeeded in becoming one of the first countries on the continent of Africa to work on multiple vaccine sources to ensure the greatest coverage of vaccines compared to most countries in Africa

According to a statement by the Egyptian Ministry of Health, Cairo International Airport has arrived at a shipment of more than 1 million doses of AstraZeneca vaccines to be distributed to vaccine centres deployed in Egypt.

The spokesperson for the Ministry of Health, Dr. Khaled Mujahid, described that Egyptian authorities were seeking to provide a new drug.

It changes the rules of the game, which reduces the viral load of the disease.

According to Egyptian media, Mujahid's statements confirmed that Molnobervira is on top of these drugs, which are under development.

It should be noted that the drug that the State of Egypt is seeking to provide is considered to be in phase III clinical trials, an experimental anti-viral treatment, which is both oral and direct and has proven to be highly effective in reducing corona virus and viral RNA and has an appropriate safety and endurance profile.

The Egyptian Government is reportedly relying on monoclonal drugs, based on the fact that they contain antibodies that prevent the association of the virus with the body, enhance the immune response, and contribute to reducing the number of critical cases and deaths.

This was confirmed by Dr. Amjad El Haddad, head of the Department of Allergy and Immunology at the Egyptian Serum and Vaccine Institute, as a good step.

He noted that the use of antibodies creating viruses would make a very large breakthrough in the treatment of the corona virus.

He continued: "In particular, the use of antiviral drugs too early will protect many people from engaging in serious complications."

The use of ARVs, immunotherapy or antibodies, would contribute very significantly to reducing the rates of complications and mortality in Egypt.

We have 253 guests and no members online