An Australian study. Women's lives are in danger. Identify Causes 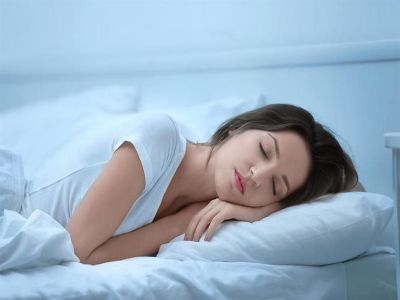 In a recent Australian study, women who wake up at night are twice as likely to die at an early age, despite startling statistics that women are less likely than men.

Sleep waking occurs as part of the body's ability to respond to potentially dangerous situations such as noise, pain, temperature and lights.

And these little moments of waking up won't necessarily be remembered the next morning, but they'll make a person feel sleepy all day.

The study conducted by the Australian University of Adelaide found that if repeated, these disorders are associated with hypertension among other health problems.

The study of 8 thousand men and women reportedly looked at "unconscious vigilance" during the night, which almost everyone is experiencing.

It should be noted that researchers used data from three separate studies in which participants wore a sleep monitor during one night's sleep.

The lead author of the study, Matthias Bommert, and his colleagues found that women wake up less at night than men.

However, the effects appeared to be greater, particularly with regard to the risk of death from heart problems, a generic term covering conditions affecting the heart or blood vessels, such as stroke or heart attack.

Their risk of death from cardiovascular disease was 12.8% compared to 6.7% in women who do not wake up at night.

The risk of death from all causes in women suffering from "unconscious vigilance" also increased by between 20% and 60%.

The results were less significant in men, as those who woke up at night were at risk of dying of cardiovascular disease or any cause by 13.4 percent to 33.7 percent, compared to 9.6 percent to 28 percent in men who didn't wake up much.

The co-author of the study, Dominic Lenz, from the Medical Centre of the University of Maastricht, said it was unclear why there was a gender difference, but suggested that it could be explained by differences in how the body responded to wake-up at night.

We have 111 guests and no members online