Senior official from the European Medicines Agency... It would be better to stop the AstraZeneca vaccine. And talk about the best. 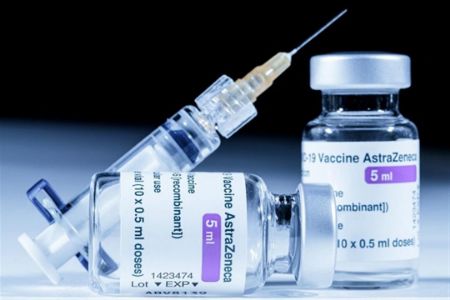 It would be better to stop the vaccination of the AstraZeneca anti-corona vaccine for all age groups when other vaccines are available.

Agency vaccine strategist Marco Cavalieri said he would prefer Johnson & Johnson's vaccine to be used for those over 60.

The European Medicines Agency (EFA) licensed the prisoners to those over the age of 18, but some of those who received them were reported to have rare blood clots.

Italy restricted the use of the AstraZeneca vaccine for people over 60 years of age because of its high health risks to young people.

When asked whether it would be better to stop the use of AstraZeneca, including for people over 60, Cavaliere replied: "Yes, it is an option that many countries, such as France and Germany, are considering in the light of the increased availability of RNA vaccines."

The official added: "However, accidents are extremely rare and occurred after the first dose. It's true that there's less data on the second dose, but the vaccination program in the UK is going well. "

Marco Cavalieri explained that Johnson & Johnson's single-dose vaccine poses "fewer problems than AstraZeneca," but is used on a smaller scale.

He continued: "By containing only one dose, it is good for some hard-to-reach groups, but it (a vaccine) is based on a modified gastrointestinal virus, and better used only for those over the age of 60."