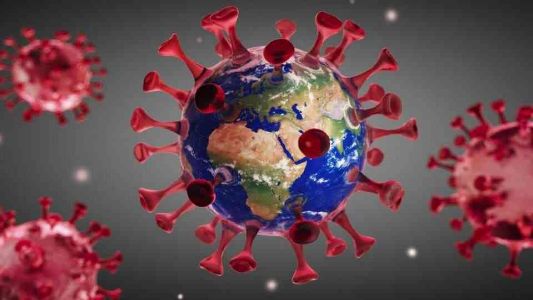 According to one of the figures observed by the Johns Hopkins University Observatory for Corona's injuries. The number of Corona virus infections worldwide has risen to 170,587,623 million

India ranks second, with the lowest daily increase in new corona infections since April 8, with 127,510 detected in the past 24 hours.

Data from the Ministry of Health showed that the number of infections in India has now risen to over 28.2 million.

India also recorded 2795 new deaths, according to figures released today, bringing the number of deaths to more than 331,895.

The number of casualties in Brazil's largest Latin American country has risen to over 16,545,554, including up to 462,791 deaths. Brazil comes third in terms of injuries and second in terms of deaths, according to figures at Johns Hopkins University Observatory.

According to the Johns Hopkins University Corona Injury Observatory, 1,897,100,961 doses of the vaccine were administered. That's almost 2 billion doses.

This also depends on the type of vaccine provided, as well as the State. There are countries that have used a single dose vaccine, that is, produced by Johnson & Johnson, and there are those that have adopted several types of vaccines.

In addition, the delivery of vaccines depends on the state. Some countries have taken the course of providing the first dose first, so that the largest sector of people get the vaccine, as Britain did.

And there are some States that have preferred to go along the course of delivering the two doses with a time lapse of not more than 3 weeks.

China had announced that it had vaccinated over 640 million doses, while the United States had administered 294,630,899 doses.