The United Nations Programme (UN) is signing the Moderna deal to provide 500 million doses to the needy and poor countries. 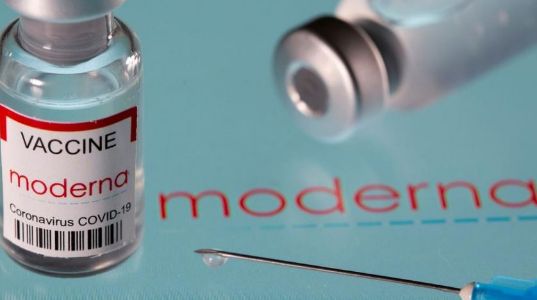 Moderna and vaccine promoter Gavi announced a deal under which the pharmaceutical company would supply up to 500 million doses to the United Nations-supported programme to ship corona vaccines to the needy in poor and middle-income countries by the end of 2022.

The pre-procurement agreement announced, just days after the WHO announcement, comes after weeks of delay and emergency approval of the Moderna vaccine that will pave the way for its launch in the United Nations-supported COVAX programme.

However, deliveries are not scheduled to begin until the last quarter of this year, and the vast majority of doses in the transaction - 466 million - are planned for next year. The remaining 34 million are expected this year.

Stefan Pansel, CEO of Moderna, expressed support for COVAX's mission and described the transaction as an "important milestone" to ensure universal access to its vaccine.

In a press release, Pansel added: "We recognize that many countries have limited resources to access corona vaccines."

He explained: "We remain committed to doing everything possible to end this ongoing epidemic through our vaccine."

GPIC stated that the doses were offered "at the lowest gradient price to Moderna, consistent with GPIC's global access obligations," without limitation.

Gavi also did not provide financial requirements, but said that dose prices per dose of COVAX vaccines would eventually be announced.

Many experts say that the COVID-19 crisis is acute now, with India in particular facing an unprecedented increase in the number of cases. The Moderna vaccine is generally one of the most effective to date in combating new variables, such as the vaccine that is spreading in India.

Seth Berkeley, CEO of Gavi, a public-private partnership, praised the acquisition of another "effective vaccine."

The WHO approval of the list of emergency uses of the Moderna vaccine, announced late on Friday, took several months because of the delay faced by WHO in obtaining data from the manufacturer.