After more than 20,000 Corona casualties were recorded, is Iran facing a fourth wave? 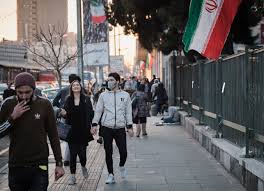 Iran broke its daily record of new corona infections for the second day in a row after announcing, today Wednesday, more than 20,000 infections.

Tehran said it had registered 20,954 new corona infections, a day after it announced that more than 17,000 had been registered with the virus causing the Covid-19 epidemic.

Iran is currently in the midst of one of the most severe outbreaks of the virus to date, following the two-week Neruz holiday, which paid millions to travel to vacation places across the country and gather in homes, challenging health guidelines.

Iran has struggled over months to reduce the worst outbreak of the corona virus in the Middle East, with official figures saying that today, Wednesday, the total number of infected people in the country was 1,984,348.

Iranian Ministry of Health spokeswoman Sima Sadat Lari said that 193 people had died in the past 24 hours, bringing the total number of deaths to 63,699.

The number of injuries Wednesday exceeded the previous record of 17,430 recorded yesterday, indicating the largest increase in more than 4 months.

It should be noted that the injuries recorded over the last two days exceed the previous toll of 14,051 reported on November 27.

So Iran, according to health officials, seems to be facing a fourth wave of epidemic outbreaks.