Global health. The genetic sequence results of the Ebola virus in Guinea are "very impressive." 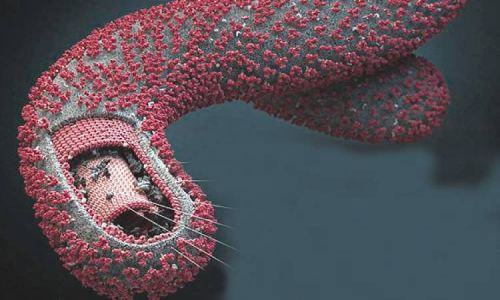 A leading official of the World Health Organization (WHO) said genetic analysis of the ongoing Ebola outbreak in Guinea suggests that it may have been caused by a survivor of the devastating West African epidemic that ended 5 years ago.

The Executive Director of the WHO Health Emergency Programme, Michael Ryan, during a press conference in Geneva, described the results of the genetic sequencing of HIV in Guinea as "absolutely remarkable."

Scientists in Africa and Germany shared their findings on virology and concluded that the current Ebola virus, which affects people in Guinea, is very similar to the virus that caused the widespread outbreak in West Africa that began in 2014.

Ryan said: "Further studies will be needed," he said, but added that based on available genetic sequencing data, the current outbreak is unlikely to be related to an animal - something that almost all previous Ebola epidemics have started.

He continued: "It is likely to be associated with persistent or delayed infection in humans," he said, adding that this may be the longest period of time the virus has ever continued in the number of times it has spread.

Scientists previously documented Ebola survivors who infected others long after recovering, but such rare cases did not cause an outbreak.

In 2018, doctors published a study of a Liberian woman who may have contracted the Ebola virus in 2014, but who infected 3 relatives about a year later.

Health officials also warned that men can sometimes sexually transmit infection to others long after recovery, as the virus can persist in semen for more than a year.

The rare probability of the Ebola virus spreading after a long period of infection highlights the importance of monitoring survivors, and Ryan warned against stigmatizing them.

The vast majority of people living with Ebola had had their body rid of the virus and recovered within 6 months.

A small proportion of individuals ended up living with the virus, but infected others "only in very special circumstances."

It was also reported that 18 cases of Ebola have emerged in Guinea so far and that the World Health Organization (WHO) has sent more than 30,000 vaccines to the country.

The outbreak of the Ebola virus that engulfed West Africa between 2014 and 2016 resulted in more than 11,000 deaths.

We have 227 guests and no members online