Britain: We had to tighten restrictions due to the new strain of Corona getting out of control 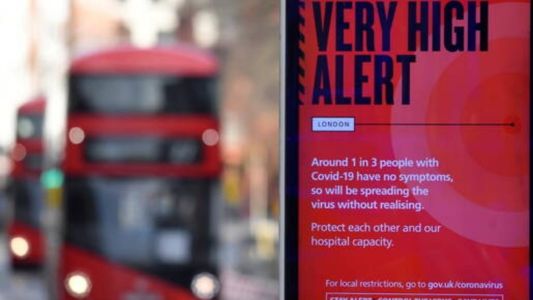 British Health Minister Matt Hancock defended the government's decision to tighten restrictions in some areas of the United Kingdom, in light of the discovery of a new strain of Corona virus.

Hancock said, in a speech delivered today, Sunday, that tightening the restrictions imposed to deter the spread of the virus in the capital London and southeast England until the fourth degree (which is the most stringent) before Christmas came because the outbreak of the new strain got out of control, stressing the need to adopt tight social distancing with the aim of Contain the crisis.

The minister said that it was the duty of the authorities to take measures after receiving information about the new strain, noting that the government's promises to ease restrictions during the Christmas and New Year holidays came before this new challenge appeared and the government was forced to backtrack on it.

Hancock pointed out that it will be very difficult to control the outbreak of the new strain unless the vaccine against Corona is widely distributed in the country.

We have 213 guests and no members online