The climax of Carlos Ghosn's career on "The Fugitive" 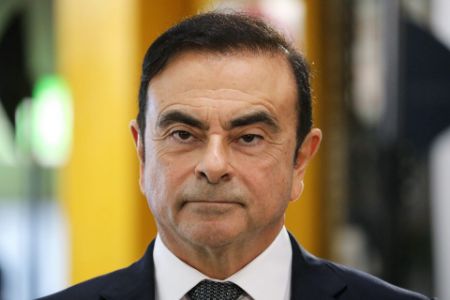 In a new series called "Le Fujetif" (The Fugitive), he deals with the climax and fall of the former President of the Renault-Nissan Alliance, Carlos Ghosn. French actor François Clauset plays Carlos Ghosn

The French production company Vidirishen Productions said that this six-episode, 52-minute mini-series was taken from the book "Le Fujetif," published by Stock in 2020, and described it as a thrill film about the "crazy, exciting and impulsive life" of a car pole that has been staying in Lebanon since its spectacular escape from Japan in December.

Director Frédéric Jardane asserted that the series was "far from a simple autobiography" or a "self - narrative aimed at the rehabilitation or even abuse of a branch," promising "real financial political suspense."

French-Lebanese-Brazilian Ghosn was imprisoned in Japan, and after being released on bail he escaped in December 2019 probably hiding in a box of sound equipment, avoiding a trial for financial embezzlement before a Japanese court.

In a book published last month with his wife, Carol, "Together, Always," Ghosn renewed his accusations of France, Japan, Renault and Nissan of "conspiracy" against him.

This case has already inspired another mini - series, a documentary with "exclusive contributions" from the couple, announced last October by French production companies Thousand Won and Saudi MBC.

We have 156 guests and no members online