A young Saudi man leaks footage from the scenes of the Ramadan 2021 Rams Jalal program. 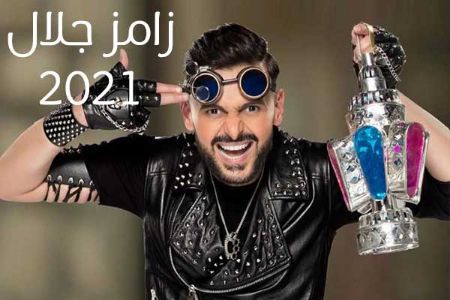 Footage filmed from the Saudi capital Riyadh has unveiled some of the scenes of Egyptian artist Ramis Jalal's new prank show, which will be shown in Ramadan, and filmed in complete secrecy to prevent details from being leaked.

Footage recorded by a young Saudi man on his smartphone camera and shared via the Tik Tok video app shows Rams Jalal walking in Riyadh with a team from his program towards a massive mission building.

The videographer commented: "Rams Jalal is a YouTube star," he said.

Rams Jalal used to change his appearance in every version of his annual prank show, and appeared in Ramadan 2020's "Ramadan Is Officially Crazy" in blue hair.

The Ramadan 2021 Ramadan prank show is being filmed in full secrecy in a major amusement park in Saudi Arabia, designed in a global style.

The idea of the program is to enter the Rams Jalal with the guest of each episode on a grand adventure inside the cabaret, after which they have completed their wanderings they jump from a high altitude and fall into the water.

Saudi Arabia's MBC is due to announce details of Ramis Jalal's new prank show named next week, after reports claimed it was called Rams Sick.