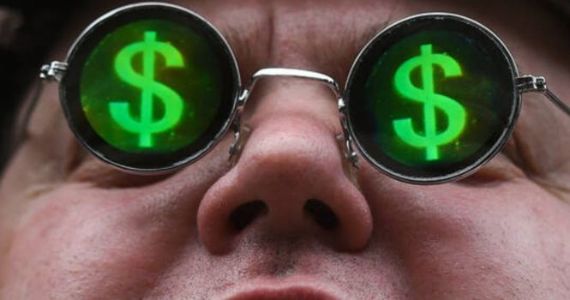 The US dollar jumped and risk-sensitive currencies weakened on Wednesday, as early results of the US presidential election showed a close convergence of the contenders in the race.

US President Donald Trump is ahead in states including Florida and Ohio, while investors are awaiting whether he can retain the states of Michigan, Wisconsin and Pennsylvania, which his victory contributed to his 2016 election victory.

"This is definitely not the blue wave that some people were talking about," said Shinichiro Kadota, at Barclays financial group, referring to a perception that the Democrats would easily win the White House and the House and Senate.

And the dollar index, which measures the performance of the greenback, against a basket of currencies, gained 0.3% to 93.82 points.

Regarding the other major currencies, the euro fell by up to one percent to a low not seen since late July, and in the last trading it recorded $ 1.1665, down 0.45% during the day.