To bring down the price of fuel... Biden announces the withdrawal of 50 million barrels of strategic oil stocks 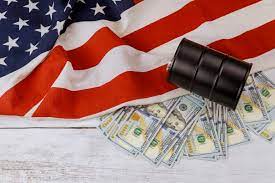 Explaining that the decision comes to address the gap between supply and demand in the energy market, the White House said in a statement: "The President announces today that the Department of Energy will allow the release of 50 million barrels of strategic oil reserves to reduce prices for Americans."

According to the statement, the White House had indicated that barrels of oil would be released in the coming months, stressing that the United States President was prepared to take further action if necessary.

The statement noted that the United States decision on the use of strategic oil stocks had been coordinated with China, India, South Korea and the United Kingdom.

We have 321 guests and no members online