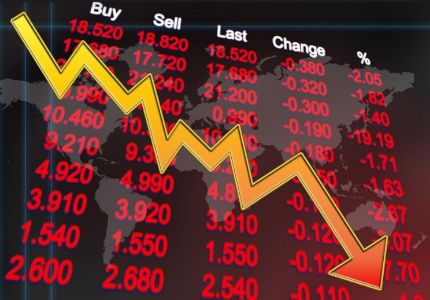 Global equities declined today for the third consecutive day, while bond yields and inflation forecasts on both sides of the Atlantic rose amid concern about the possibility of central banks raising interest rates.

U.S. Federal Reserve policymakers predict last week that policymakers are ready to raise interest rates in 2022 and the Bank is likely to start cutting its monthly bond purchases as soon as November.

U.S. Federal Reserve Chairman Jerome Powell and Treasury Secretary Janet Yellen will testify at a congressional hearing in the United States at 1400 GMT, and close attention will also be focused on ECB policy makers speaking at the ECB Forum, starting with ECB President Christine Lagarde at 1200 GMT.

The 10-year yield on United States Treasury bonds reached 1.5444%, the highest level since June 17, leading to higher yields on euro zone bonds in its wake, and two-year Treasury yields to their highest level in 18 months.