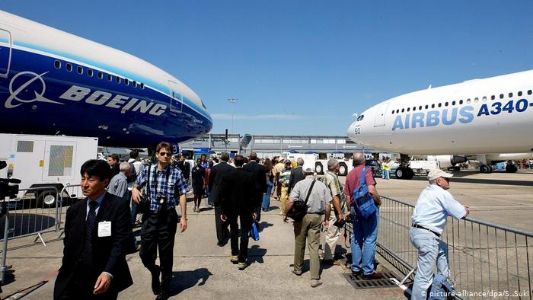 In a statement issued by the President of the United States today, Joe Biden welcomed the United States and the European Union's "breakthrough" in the trade dispute between the aircraft manufacturers Boeing and Airbus, and the agreement to confront and challenge Chinese non - market practices.

Biden said: "Today the United States and the European Union have made a major breakthrough in the trade dispute between Boeing and Airbus, which has lasted for more than 16 years."

He added: "Remarkably, we also agreed to work together to challenge and confront China's non-market practices in this sector that gives Chinese companies unfair advantages."

For her part, the President of the European Commission, Urzula von der Leyen, confirmed today following discussions with the United States President that Washington and Brussels had reached a settlement to the nearly 17 years-long dispute over government assistance to Boeing and Airbus.

The European Commission, which oversees the EU's trade policy, is eager to find a solution by 11 July, the end date of a customs suspension between the two sides agreed in March.

Customs duties on $11.5 billion worth of goods were imposed in stages starting in 2019 after the United States and the European Union won partial WTO victories over allegations of unfair support for American aircraft manufacturers Boeing and European Airbus.