Despite the remarkable rise in the recent period... Dramatic Changes Hitting Digital Currencies 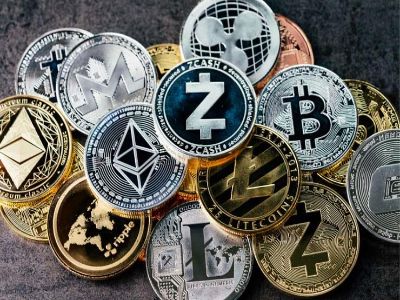 In conjunction with a series of happy news stories that brought back green stocks to the indicators of tracking the movement of digital currencies. After a period of decline and collapse in the digital currency market last May, the early days of June saw dramatic changes.

This recent and sudden rise has been driven by a range of causes and factors, monitored by economic experts and analysts.

One of the news that prompted the rise of digital currencies was the announcement, last Tuesday, of a card that enables users on the white list to use cryptocurrencies to pay on Apple Bay and Google Bay with up to 4 percent of the income.

In this regard, it should be noted that Quinbas is one of the largest digital trading platforms in the world and is listed on the US Stock Exchange, noting that the news of the platform's customers being allowed to buy from Google and Apple is positive news for those working on the digital currency market.

It is noted that "this news would have made a fundamental difference if Quinbas were to pay in digital currencies, but because it was paid in dollars, the impact was limited."

In addition, other factors have driven the recent rise of digital currencies, such as Elon Musk's blog post on dogcoin; His post made a positive reference to Dogquin, which enhanced its market value.

One of the factors that supported Dogquin's currency was its availability by the Quinbas platform last Thursday, which, according to Ma'atti, gives it more room to internationalize.

It is also noted that an important factor that cannot be overlooked is the inclusion of a Bitcoin box under the BTCE index code on the Equis Exchange in London and Paris beginning on June 7.

It is also noted that "These factors have certainly helped digital currencies rise over the past few days, but at the same time they have not fully recovered since bitcoin crossed the $60,000 threshold and then reached about $35,000. While the rise in the market value of all currencies has not crossed the 2 percent barrier recently.