Under the slogan "Together again - the new reality economy," the Russian President's adviser announces the results of the St. Petersburg International Economic Forum. 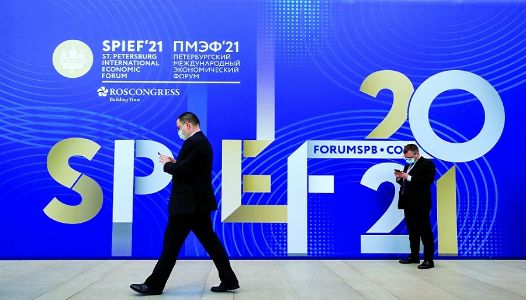 In 2019, 745 conventions were signed within the framework of the Forum.

The Russian Investment Forum in Sochi would be held from 17 to 18 February 2022.

On foreign participants, Kubyakov reported that this year there were 13 thousand participants from 140 countries and 11,000 Russian and foreign companies, including 800 major enterprises.

In that connection, it was noted that people living with corona virus had not reached the event, with 52,000 corona virus tests, 500 of which showed positive results.

He concluded by saying: "We have already begun work on the preparation of the twenty-fifth anniversary of the St. Petersburg International Economic Forum, which we plan to hold in early June next year, 2022. Many requests come from countries that wish to act as guest States, and I will not mention them at this time. We have a big, hard job. "

The Petersburg International Economic Forum - 2021, entitled "Together Again - The New Economy of Reality," was held in attendance from 2 to 5 June, with broad international participation.

We have 185 guests and no members online