Turkey: We want to improve economic relations with Egypt. 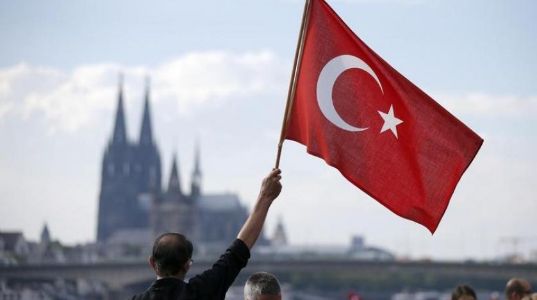 "Turkey wants to improve its economic relations with Egypt as it seeks to reform diplomatic relations between regional powers," Turkish Trade Minister Mehmet Moss said, ahead of a Turkish delegation's visit to Cairo this week.

Moss reported an update to announce monthly business figures in Ankara: "In parallel with the development of diplomatic relations with Egypt, we want to strengthen our trade and economic relations in the period ahead."

Despite political differences, Ankara says Cairo remains its largest African trading partner, with a trade value of $4.86 billion last year, only slightly lower than in 2012, the year before Turkey's ally Mohammad Morsi was overthrown.

Moss's remarks come as Ankara prepares to send a delegation headed by Deputy Foreign Minister Sadat Ünal to Cairo this week to discuss the normalization of relations between the two countries supporting the conflicting parties to the Libyan conflict.

"He will hold further talks with Egyptian Foreign Minister Sameh  Shoukry, including on the possible appointment of ambassadors, after the Turkish delegation's visit to Cairo.

In March, Turkey asked opposition Egyptian television channels operating on its territory to ease criticism of Cairo. Egypt welcomed the move but was publicly cautious about Turkish calls for improved relations.

We have 187 guests and no members online