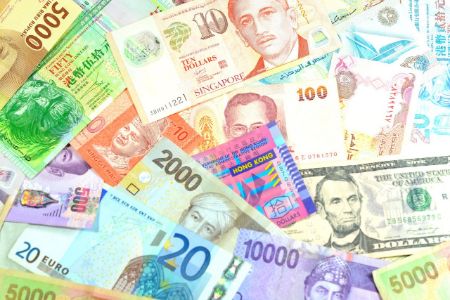 End-of-month flows led to a rise in the US dollar against all major currencies. April was full of challenges for the dollar. The dollar index fell from 93.30 to 90.50 with no hikes.

Despite continued improvements in American data, each week ended in a decline. The decline was driven by the Federal Reserve Board's insistence on the need for further improvements in inflation and staffing prior to consideration of the balance sheet changes.

The contrast between recovery in the United States and recovery in the euro area was reinforced by the GDP report for the first quarter of EZ today. Although GDP growth contracted lower than expected in the first quarter (-0.6% vs. forecasts -0.8%), the epidemic pushed the eurozone into a double recession. The second quarter is already off to a good start with Germany updating the GDP forecast. Germany set a new record with 1 million vaccines in a single day, and by June, France would allow anyone over 18 to get a vaccine.

The worst performing currencies were the New Zealand dollar and the pound sterling. There were no reports of moving the market from New Zealand and the United Kingdom, but as two of the most sensitive currencies, they lost the most value against the dollar.