An Egyptian man snatches the lights from pharmacy to global stardom in design. 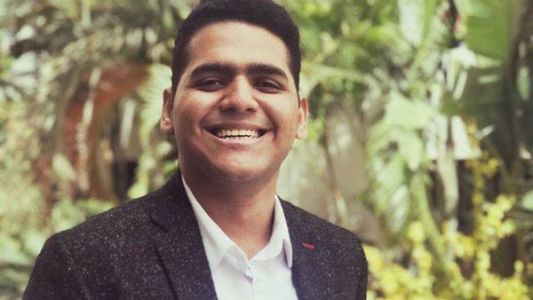 Ahmed Imad Eddin, a young Egyptian who graduated from pharmacy school, did not expect his future to go much strangely.

Especially when he found himself passionate about design, he learned Photoshop and his reputation in the world.

Ahmed was successful and creative in the design business until his work became internationally admired and he was selected among the top 25 designers around the world in 2015, and became a target that attracted artists to complete their designs in several fields.

"I started working using the famous Photoshop image modification software from a young age," says Ahmed Imaduddin, "I was able to do my job with a passion and a desire to introduce the world to my creative abilities.

She co-optioned designs, "and did covers for foreign bands such as Mono, for which she designed the album" Nowhere Now Here "and was selected as one of the best cover designs worldwide in 2019."

Imad Aldin's ability was brought to his attention by California-based Photoshop giant Adobe, which considered him among the top 25 designers worldwide, to participate in designs for the company and advertisements that won three awards at a festival.

Ahmed Imaduddin's work was exhibited at the Victoria and Albert Museum in London, one of the largest decorating museums in the world, and he also participated in the design of postage stamps for the Royal British Mail that are officially handled.

He received the platinum award for his album cover design: Pink Floyd The Endless River! Because of these successes, Adobe suspended Ahmed Imaduddin's designs at its headquarters in California.

Ahmed is currently implementing a project aimed at translating the Holy Koran through designs that emulate its meaning and consider it one of the most important works of which he will be proud.

"I am very proud to be the author of the Islamic project to translate the verses of the Quran in an attempt to emulate the Quranic meaning of designs," says Ahmed Imaduddin, noting that design is his hobby and the profession he loves and he will try to harness it in this project, which he sees as great.

We have 217 guests and no members online