Our lives and the lives of our ancestors, have been constantly manipulated by the people who run the planet 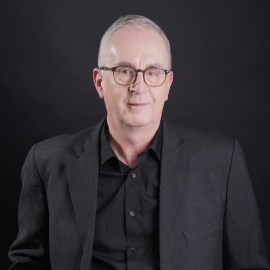 This is not some kind of fantasy, this is the reality. We have been taught a history of the world, which is entirely false and has been made so, in order that our masters keep us under control and under informed.

Even in the last few decades, the truth has been twisted so many times, that we are fighting each other and most people really don't know why.

As each generation passes, real history of our world and our lives is wiped away. The people in charge call it progress, but if we really want to have progress, we will need to go back and discover exactly what has been hidden.

There have been many resets of society, and here we are, taking front row seats to watch a handful of multi billionaires, almost entirely old white men, make the very people who politically hate their kind, jump through hoops of the ridiculous kind, without questioning the reasons.

I say "white" men, because they are all Caucasian and hate anyone who isn't them.

But the people who have been targeted by them, to keep this charade going, are the very people who are supposed to despise this type of person.

This is the most ironic part of the entire plan.

The very showbiz luvvie leftist champagne sipping types are completely on board with the agenda. If they had working brains, they would be brainwashed.

Getting them, especially in the UK, to follow everything said by Johnson, someone they purport to despise, was pure genius from the globalists.

At my age, I tend to look back at a life of freedom, and wonder what else will be lost to future generations. Freedom is of course, relative, but my and my friends upbringings were probably as close to the meaning of the word as humanly possible.

But now that I have reached late adulthood, I realise that the freedom was an illusion created by the globalists. The history we were taught was completely fake. Everything was part of the road map to where we are now.

We were deprived of the truth of previous civilisations and the technology they produced. The greed of the global bankers and in turn, the pharmaceutical industry, has been put ahead of human decency and a future which we were not allowed to live.

The same greed is driving the rush to change, no, destroy society and all which we hold dear. This time they are using the pharmaceutical industry to do their job, along with the hundreds of thousands "useful idiots" placed throughout society.

We may be the only civilisation which has the ability to stop this reset or at least delay the globalists and send them back to their heavily guarded compounds to consider the next move.

But I believe we can stop them and stop society being run by artificial intelligence.

Can you imagine a world where you can't appeal an official decision to another human being? Where every decision is made by computers?

This is not something of which l wish to be a part.

Social media platforms do not understand political satire. Their algorithms decide with what they have been programmed.

This is the system which will run the planet if we cannot stop them.

I appeal to all people to resist what is being done to them in the name of progress.

There is no easy way to stop this, but the main weapon is something we all possess, the right not to do as we are told by the government. The reason we are in this position is due to compliance with every stupid contradictory rule the government has issued.

This must stop immediately. Noncompliance is the answer to the question.

The alternative is to allow millions of people to cease to exist as autonomous human beings and become drones to serve your masters without thought.

There is still time to do this, but with every passing day, the window of opportunity is closing.

Let's stop doing the work of the government, and begin the long road back to humanity and a society where people can be free to be themselves and children can grow up without fear.

We can do this. #NonCompliance

We have 374 guests and no members online