Ecuador: demonstrations continue despite President's declaration of a state of emergency in three provinces 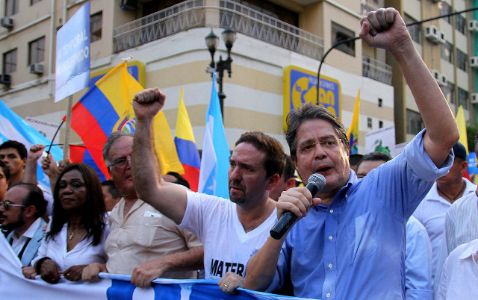 Ecuadorian President Guillermo Lasso declared a state of emergency in three provinces, including those in Quito. "I pledge to defend our capital and defend the country," Lasso said in a televised address.

"I called for dialogue and the response was more violent. there is no intention to seek solutions ".

"This requires me to declare a state of emergency in Pichincha (where Quito is located), Imbabura and Cotopaxi from midnight on Saturday (05.00 TG on Saturday).

Since its inception, the protests have led to 43 injuries during confrontations between demonstrators and police and the arrest of 37 people. It is experiencing road closures in more than half of the country.

The state of emergency allows the President to deploy the armed forces to maintain order, suspend citizens' rights or impose curfews.

In response to the resolution, the Federation of Indigenous Peoples of Ecuador, the country's largest indigenous organization, said that the Movement would continue until its demands were heard.

"We endorse the struggle at the national level indefinitely." The organization reportedly contributed to the overthrow of three Ecuadorian presidents between 1997 and 2005 and led violent demonstrations in 2019 in which 11 people were killed.

"From now on, we are preparing to mobilize the indigenous people of Quito to continue the protests, but he has called for a cessation of violence and vandalism.

Of Ecuador's 17.7 million inhabitants, some 1 million are indigenous.

We have 222 guests and no members online