France: Four additional students charged in the case of the murder of a professor of history 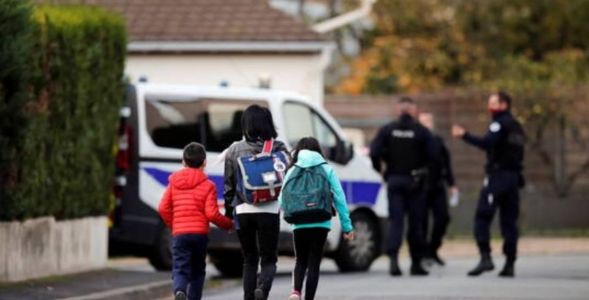 France-Presse reported, quoting a French judicial source, that four additional students were charged today, Thursday, in the case of the murder of a history professor by beheading in a suburb of Paris.

Three minors, between the ages of 13 and 14, have been charged with "complicity in a terrorist assassination", on suspicion that they have located the victim of the attacker, Abdullah Anzurov, in front of their school in Conflans Saint Honorine "Evelyn".

The judicial source told AFP that the fourth person accused of "denouncing the slander campaign," is the daughter of "Ibrahim S.", the father of the student behind the media campaign against the victim, Professor Samuel Patti.

French history and geography professor Samuel Patty was killed on October 16 by beheading at the hands of an 18-year-old Chechen refugee, who was later killed by the police, after the professor showed his students in class caricatures of the Prophet Muhammad during a lesson on freedom of expression.

We have 245 guests and no members online