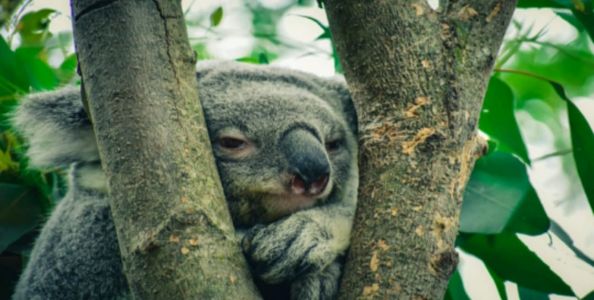 A family in Adelaide, South Australia found an adventurous koala cuddling their Christmas tree. The furry animal was transported to a more suitable location with the help of Save the Koala.

The animal sneaked into Amanda McCormick's house, after her daughter left the door open. And in the end, the koala settled in the Christmas tree at home. The woman noticed a funky look on Wednesday, and immediately called 1300Koalaz, a charity organization for koalas.

The hotline worker who received the call reportedly believed she was the victim of a prank. But at McCormick's insistence, the rescue group sent a team.

The pictures show the small, calm animal clinging to the side of the holiday tree. However, the furry creature became more lively when rescue workers arrived. Video footage of the rescue operation shows the koala moaning and roaming as gloved workers wrapped a blanket around and gently removed it from the tree. Then the koalas were placed in a cage so that they could be moved to a more convenient location.

Some have suggested that an unexpected visit to the koalas might be a sign of good luck, at least for the Australians.

We have 173 guests and no members online