Clashes on Ethiopia & apos border. Get to know who she is. 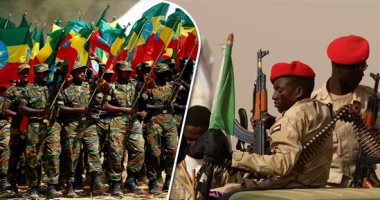 Ethiopia under considerable tension between the two countries due to the border crisis in the Al-Faqqa area, and sharp disagreements over the file of the Renaissance Dam being built by Ethiopia 15 kilometres from the Sudanese border.

There have been reports of violent heavy-weapons clashes between the Sudanese and Ethiopian armed forces in the Basendah area, close to the common border between the two countries, which has been under considerable tension since June 2020, but other reports have said that what happened was just gunfire during routine sweeps by Sudanese security forces to confiscate illegally deployed weapons in those areas.

Indeed, tension and escalation continue in the common border zone between the two countries. The Sudanese Armed Forces have repeatedly confirmed their response to an attack by some components of the Ethiopian forces in several locations close to the Ethiopian border.

SAF denied reports of heavy-weapons clashes between it and Ethiopian forces.

SAF confirmed that its units deployed to the eastern border operated routinely and had not been subjected to any hostilities in the past hours.

However, the Ethiopian government denies the accusations and states that those who raid inside Sudanese territory are militias not controlled by the Ethiopian army.

It should be noted that border incidents have been frequent in recent years, especially with the beginning of the autumn season, with some 1,700 Ethiopian farmers working in areas within Sudanese territory adjacent to the Ethiopian border.

The Sudan confirms its commitment to the entire territory established in accordance with the agreement of 1902 signed between Britain and the then Emperor Menelik II of Ethiopia.

Those reports indicated that Ethiopian troops and militias were supplied with war materiel, sniper machine guns, guns and tanks.

Those developments followed the announcement by the Sudanese army of the restoration of large areas of Sudanese land that had been under Ethiopian control since the mid-1990s.