In a move that hasn't happened in 25 years, does the Egyptian "Hand Commandos" write history in Tokyo? 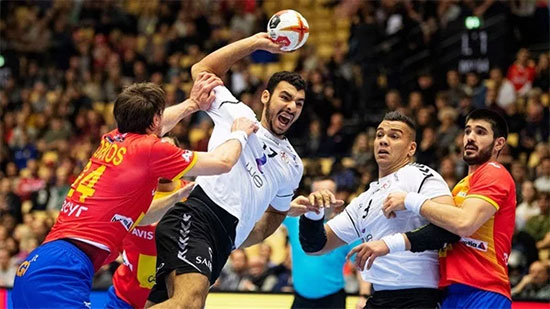 Nabil Wooden, a member of the Handball Federation, said that the Egyptian handball team's victory in front of Portugal at the Tokyo Olympic Games was not a stroke or a surprise, as it was planned that this team would reach the best results in the Olympics.

During a clash of great competition between the two teams, the first stage of which ended in a tie before the Pharaoh began to sink the opponent's goalscorer, the Egyptian team was able to defeat Portugal by a result in the opening of their games at the Olympics 37-31

The Egyptian team has a new experience in its history with a second victory during an opening match at the Olympics, a move that did not occur in 25 years after it skipped Algeria at the 1996 Atlanta Olympics.

The treasurer of the Egyptian Handball Federation adds: "We have a lot of hope for this team to skip the group stage and reach the final games in order to achieve an expensive medal for Egypt at the Olympics. Today's match has given us confidence in the performance of our children's players."

The Pharaohs play in a fiery group that includes Japan, the host nation of the Olympics, Denmark, the world champion, Sweden, and Bahrain, as well as Portugal. Only the top 4 qualifies for the eight, where the knockout is straight out of the competition.

Following the match, the Egyptian Minister of Youth and Sports paid tribute to the team and paid tribute to Portugal for their outstanding performance and for winning their first Olympic appearance as a message of reassurance to all of the team's ability to achieve a precious medal.