Hoping to win the seventh golden ball in his history, Messi might encourage England to a European Championship final. 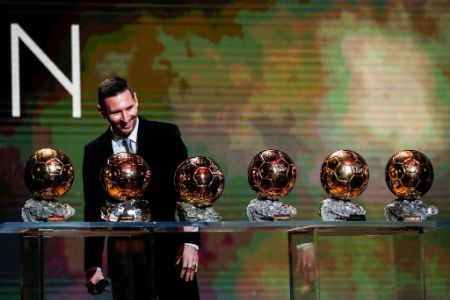 Despite the historic feud between Argentina and England, Argentine star Lionel Messi, who may cheer the English ahead of Italy, in the final of the European Championship on Sunday evening.

The masses place Italy's midfielder, Georginio, as a prime candidate for the Golden Ball, if he succeeds with his country in achieving the nations of Europe.

Georginio's candidacy comes on several grounds, including his excellent midfielder level, as well as because he will become the only player to achieve the UEFA Champions League and the UEFA Cup this year.

As Georginio triumphs, Messi's chances of achieving the Golden Ball are diminished, even if he succeeds in the Copa America title Sunday, at the expense of Brazil.

So Missy's seventh golden ball may be at stake, and its fate at England's feet, Sunday evening.

We have 199 guests and no members online