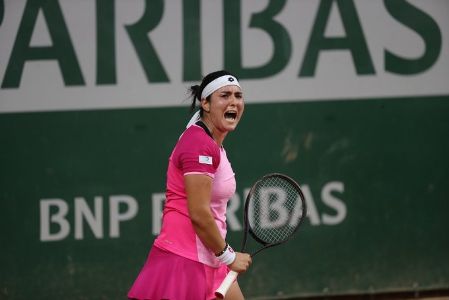 On her way to the semifinals of the Wimbledon Tennis Championships, the third of the four major tournaments, Belarusian Arina Sabalenka ended the wonderful adventure of Tunisian Anas Jaber by winning 6-4 and 6-3, Tuesday.

It is the first time Sabalenka has reached the gold box of a Grand Slam tournament in her career, where Czech Karolina Plešková will easily meet over Swiss Victoria Golubić 6-2 and 6-2 earlier.

By contrast, Anas Jaber was the 24th world runner-up, repeating her best achievement in the major tournaments by reaching the quarterfinals of the tournament, after turning her delay to Poland's Iga Švuntik IX and Rolan Garros 2020 champions to a 7-5, 1-6, 1-6 victory.