With numbers... Champions League trophies. How much did Chelsea win and how much did Manchester City have? 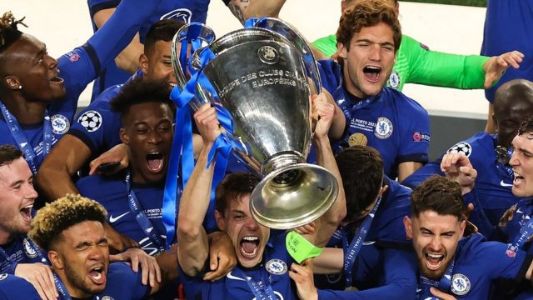 With a win over Manchester City (1-0), in the 2021 UEFA Champions League Final, he combined them at the Stadium "Dragão" in the Portuguese city of Porto. Yesterday Saturday he hit the English club Chelsea, two birds with one stone.

Chelsea were crowned champions of the Champs Ligue for the second time in their history, although the London team was not the most outstanding candidate to win during the tournament and also in the final, in addition to receiving the £16 million "Grand Prix."

In return, Manchester City failed in his bid to crown the title for the first time in its history, although he was one of the leading candidates to win the title during the championship stages, the most outstanding candidate after reaching the final, and only the second prize money of £13 million.

The UEFA Champions League prize money is reportedly provided based on the extent to which each team has advanced in the competition, and the number of games won during the tournament.

Additional financial prizes are awarded to clubs that are excluded from the tournament, with the qualifying team earning £8.16 million, £9 million in the quarter-finals and £10.3 million in the semi-finals.

The winner of the UEFA Champions League then gets £16 million, compared to the runner-up of £13 million.

The Chelsea team received some £70 million, having achieved the following results:

The final tournament price: He beat Atlético Madrid back and forth.

Quarter-finals: He beat Portuguese Porto back and forth.

Semi-finals: He equalised back to back with Real Madrid and won the return meeting.

Final: He beat Manchester City by one goal.

Group role: 5 Victories for One Tie

The final tournament price: He beat Borussia Mönchengladbach back and forth.

Quarter-finals: He beat Borussia Dortmund back and forth.

Semi-finals: He beat Paris Saint-Germain back and forth.

Final: He lost to Chelsea by one goal.