For the golden boy Halland... Chelsea is sacrificing an entire team of 11 players. 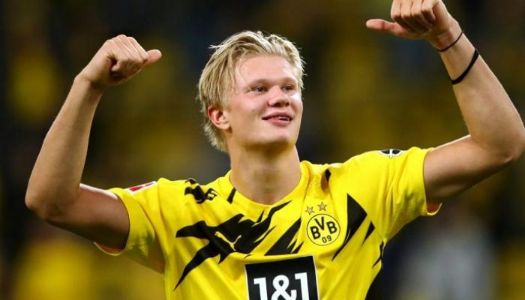 The English football club Chelsea, in mind, hired Norwegian star Erling Halland as the top scorer of Borussia Dortmund's German team, in the next summer transition period, by various means.

It is reported that the Chelsea team is willing to sell 11 or 12 of its players to "Golden Boy" Earling Halland, during the next summer transfers.

The London team plans to obtain £200 million from the sale of 12 players, which would be sufficient to win a bet against its rivals in a contract with the young Norwegian star (20 years old).

The "Golden Boy" Erling Halland, with an estimated market value of €110 million, is receiving the attention of Europe's top clubs, having sparkled remarkably with Borussia Dortmund, who have scored 33 goals in 34 games, including 10 in seven games in the UEFA Champions League this season.