Mohamed Salah on Liverpool renewal: Nobody's talking to me. 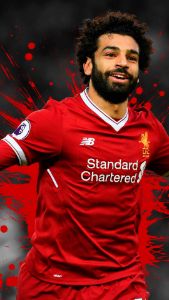 The Egyptian player, and Liverpool's English star, Mohamed Salah, revealed that there were no consultations to negotiate with him to renew his contract, which ended in June 2023.

Moe Salah stated: "Nobody talked to me about renewing the contract, so I can't talk about this thing."

The Liverpool star added: "Nobody talked to me about anything, so I don't know. He says he wants to win the English league title again as well as the UEFA Champions League title. "

It should be noted that Mohamed Salah is linked to a contract with Liverpool that expires in June 2023, and his contract renewal file is still pending.

There were press reports about Mohamed Salah's desire to leave Liverpool. Mohamed Salah has had a press dialogue over the past months, saying there is the possibility of playing in the future for Barcelona or Real Madrid.

Liverpool have reportedly not won a championship this season, and are struggling to enter the UEFA Champions League next season.