Talks between Liverpool and Salah... About representing Egypt at the Olympics 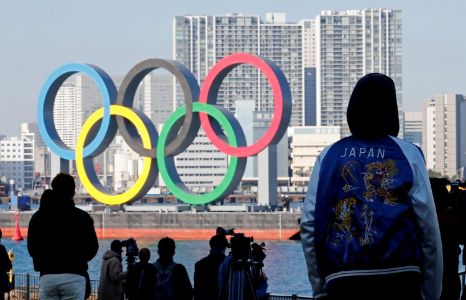 At the official request of the Egyptian Football Federation, the English club Liverpool are preparing to hold talks with its star, Mohamed Salah, regarding his inclusion in the squad for the Tokyo Olympic Games.

According to Liverpool Echo, the Reds' news specialist, the club received a letter from the Egyptian Football Federation requesting permission to include Mohamed Salah in the squad for this year's Olympic Games in Tokyo.

The men's soccer tournament at the Olympic Games is scheduled to begin on July 22, and the final will take place on August 7.

If Salah participates in the Olympics, he will miss a part of Liverpool's preparations for the new season, which begins on 14 August.

Liverpool officials also fear that Salah will be absent from the start of the new Premier League season, which is linked to amendments to travel and quarantine laws, in the light of developments in the new Corona virus.

Liverpool is no longer obliged to allow Salah to participate with his country's elector, and media reports indicate that coach Jurgen Klopp is reluctant to agree to the Egyptian request.

According to Liverpool Echo, the chairman of the Tripartite Commission in charge of running the Egyptian Football Federation, Ahmed Mujahid, said in a televised statement that the Egyptian side had made official contacts with Liverpool, who intended to talk to Salah before deciding to participate with the team.

It should be noted that Salah represented Egypt at the 2012 London Olympics, shortly after joining Basel, when he was 20 years old.