Libya dusts off war, terrorism and proof in women's football 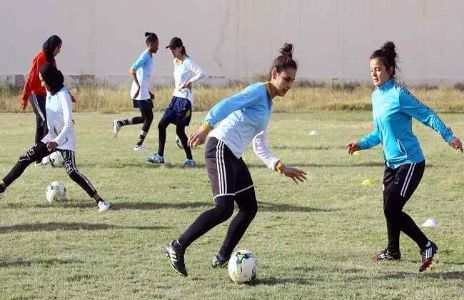 Day after day, Libya is dusting off the war and terrorism that has befallen the country for 10 years, underscoring the determination of the Libyan people to make the new authority a success and its efforts to restore the state's institutions and the recovery of its various sectors, particularly sports, particularly football.

This time, the proof came in women's football in Libya, which is preparing to lift the ban, as it did with the first team of men, which will be supported by the victory of Suad al-Shaibani, the Libyan Women's Football Foundation, and the Sports Federation Foundation, with a fourth term, as a member of the Libyan Football Federation, after winning the confidence of members of the General Assembly of the game.

Women's football in Libya will see a surge in stadiums, as well as competitions that will be held periodically and regularly to promote the game in the coming period, she said.

Al-Shaibani said the most prominent obstacle to the renaissance of women's football in the country is the effects of war and terrorism, which necessitates the need to provide conditions for the resumption of its activities.

The libyan football federation member pointed out that the culture of Arab society, which is still prevalent, is one of the obstacles to the return of women's football, where there is still a deficient view under the rule of customs and traditions, and yet there is a great passion for women's football and the demand for its practice.

Al-Shaibani stressed that the lack of material support suffered by women's football in various Arab countries stands in the way of the development of the game, and added that Libya has many talents in women's football, but needs refinement and support.

She revealed that the Libyan Football Federation will in the coming period to organize courses to prepare women cadres in training, arbitration and management, as well as to organize competitions by launching local championships to prepare a strong and competitive team.