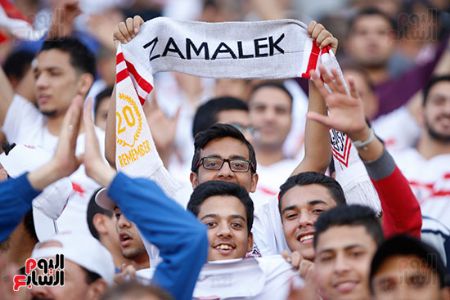 Egyptian club fans are waiting for the next AFC Group League match to be held next Tuesday, to once again return to the winning path after two equalizers and a loss to the same team in a three - goal play - off.

The difficulty of the next match comes under difficult circumstances for the White Club after the relegation of results in the League and the African Championship, which were part of the previous final, and all of its audiences dream of repeated achievements, but this time with the team's missing shield for nearly 20 years.

Otherwise, the team is in a state of technical disorientation after the technical director, Jaime Pacheco, was released to the French account of Patrice Carterón, who returned to the team again after leaving the Qahari team about 6 months ago to travel to Saudi Arabia to take over the training of the cooperation team.

Carterone's start with the White Team will be in front of the Tunisian promotion in the African Champions League, but there are happy figures for the White Masses. "The French Rooster" - the popular title of Carterone - is that the promotion team is his favorite opponent. After meeting him in seven matches, he was able to win him in five matches and lose him in only two.