With three goals versus the goal of the Zamalik, he is severely defeated in the face of the Tunisian uprising. 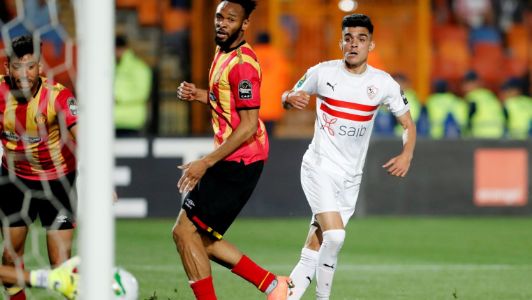 In the third round of the AFC Champions League, Tunisia won a prized victory before the Egyptian team by three goals to a goal.

The first Tunisian goal was scored by William Toghoui in the 26th minute, before he equalled Zamalik through Ahmed Fatouh in the 39th minute.

He then got a penalty kick translated successfully by Mohammed bin Ramadan in the 45th minute, before the same player scored his second goal and his third for his team in the 53rd minute.

With that result, the Tunisian runner-up rose to seventh in first place, and the collegiate runner-up at second in third.

Ahmed Fatouh, a Zamalik player, was expelled after receiving his second yellow card, after a strong intervention with the Tunisian rower in the 57th minute of the meeting.