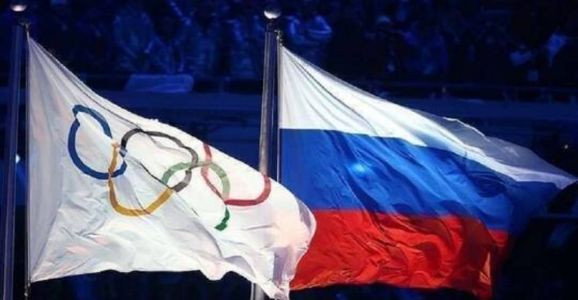 She mentioned that the Russian Athletes Committee had proposed to the Russian Olympic Committee to replace the national anthem with the famous "Katyusha" song during the upcoming Tokyo Olympics.

"We discussed many proposals for the accompanying music for our team, and we chose Katyusha, whose fame is beyond Russia to the international community. Children love her. We proposed this song to the Executive Committee of the Russian Olympic Committee," TASS quoted Russian Olympic sword fencing champion Sofia Velikaya as saying.

The proposals to choose an alternative music for the Russian national anthem in the Olympiad within the next two years come after the decision of the Court of Arbitration for Sport "Cass" on December 17th to ban Russian athletes from competing in major international competitions under the Russian flag and anthem for a period of two years from the date of the decision, i.e. until December 16, 2022. Allegedly, "data tampering with the Moscow Anti-Doping Laboratory".

The song "Katyusha" is considered one of the most famous folk songs accompanying the Soviet soldiers and officers on the fronts of the Great Patriotic War and one of the symbols of victory over the Nazis. It became a symbol of loyalty and steadfastness for those who fought in the war and their beloved ones who were waiting for their return.