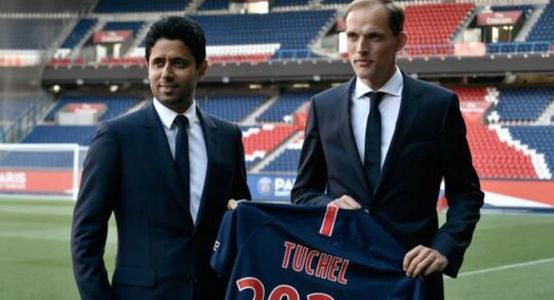 Paris Saint-Germain has announced the dismissal of its coach, Thomas Tuchel, after two and a half years of leading the French team

The text of the club's statement said: "After analyzing the sporting situation, the club decided to terminate Thomas Tuchel's contract."

The German coach's contract with Saint-Germain extends until the summer of 2021.

"I would like to thank Thomas Tuchel and his coaching staff for everything they have done for the club," said Nasser Al-Khelaifi, president of the French club.

He continued: "Thomas was working with a lot of energy and enthusiasm, and of course we will remember the good times we shared together. I wish him the best in the future."

This dismissal came despite the good results enjoyed by the team at various levels in the recent period, the last of which was the 4-0 victory over Strasbourg in the league in the 17th round.

Tochel had caused a lot of controversy after the match when he complained to the German "Sport 1" about the many and great expectations in the club and the surrounding environment, and reports in France indicated that these statements angered the Parisian club.

We have 146 guests and no members online