A surprising decision from Pique about the Barcelona presidency 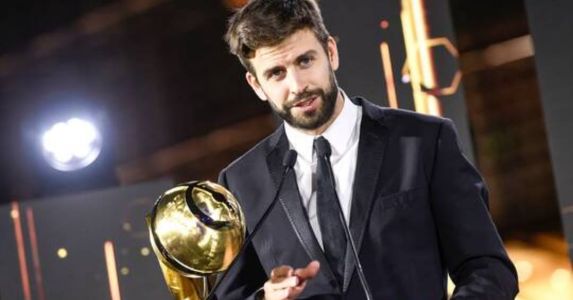 Gerrard Pique, the heart of the Barcelona defense, believes that the time has come to help his club with his candidacy for the position of president of FC Barcelona in the upcoming elections, which will be held at the end of January, given his attractiveness and his ability to work.

Several media reports revealed Pique's desire to run for the Catalan club elections, which will take place on January 28, to determine the identity of a successor, Josep Maria Bartomeu, and his board of directors.

The Spanish newspaper "Mundo Deportivo" said that Pique knew the difficulty of recovering well from his current injury without surgery, which he decided not to undergo despite the doctors' recommendation.

Pique knows that his position as a center back will be occupied by Ronald Araujo and Eric Garcia, and that his role has come to help the club from another position in management.

The newspaper stated that Pique will honorably maintain his position as a player to support young players from the dressing room, despite the fact that the law prohibits active players from running for the presidency.

The Spanish newspaper indicated that Pique has already asked Barcelona to collect the 65,000 votes he needs to enter the elections officially, and he asked the current president of the club to change his status as a player and obtain a different position that allows him to run.

The 33-year-old defender attributes his candidacy for the Barça presidency to the 8-2 defeat by Bayern Munich in the Champions League last summer, adding that his decision to retire immediately was stopped by Ronald Koeman, the current team's coach, to continue with the Blaugrana.

The report revealed Pique's plans as a businessman if he wins, that he wants to turn "Camp Nou" into a stage for parties in order to increase the club's income, and he will take advantage of his relationship with Mark Zuckerberg, the owner of "Facebook", and his wife, singer Shakira, in addition to his experience working in the Davis Cup tennis.

Pique greatly respects the other candidates, especially Joan Laporta, the former club president, but he believes he has the charisma and club knowledge to beat them, despite not having any managerial experience.

We have 208 guests and no members online