. Ronaldo beats Messi twice and Salah is third in the "Player of the Century Award" 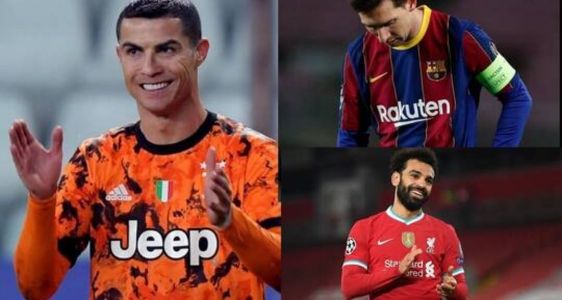 The fans have come close, the star of Juventus, Cristiano Ronaldo, to the coronation of two awards from the "Globe Soccer Awards 2020", presented by the Dubai Sports Council.

After the mass vote closed on Monday, which was open to 7 awards, most notably the Best Player of the Year 2020 award and the best player in the 21st century (2001-2020), Ronaldo gets the highest rate for the Best Player in the World award in 2020, after winning 42 Percent of the crowd's vote.

The Portuguese star surpassed Bayern Munich striker Robert Lewandowski, who recently won the FIFA World Player of the Year award, as the Polish man won 38 percent of the vote.

Ronaldo also won the largest percentage of votes from the fans in voting for the best player of the 21st century, as he won 38 percent, compared to 24 percent for Messi, 23 percent for Liverpool star, Egyptian Mohamed Salah, and 14 percent for the former Barcelona game maker, the retired Brazilian star. Ronaldinho.

After the closing of the first phase of the process of selecting candidates to win the "Globe Soccer 2020" awards, which includes only 40 percent, the remaining votes will be decided before the ceremony that will be held on December 27th, based on the vote of the technical committee of "Globe Soccer", whose votes will be represented. 60 percent of the general voting results.