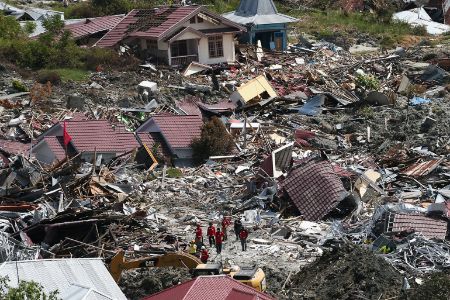 Compared to the situation of the 1970s, WMO warned of an increase in climate disasters, which rose more than 4 to 5 times.

The United Nations said that "climate disasters, despite their increase and high damage, are killing fewer people."

The organization added that there were more than 11 climate disasters in the past half-century, noting that in 2010 this figure had been reduced to about 40 per day.

It is recalled that the organization's report followed a summer of global climate disasters, in which the United States was hit by a powerful Hurricane Ida, along with the global forest fires that were borrowed in a large number of countries due to drought.

The report was based on data from the Centre for Research on the Epidemiology of Disasters in Belgium, emphasizing that the average number of annual disasters decreased slightly in 2010 to 3165.

Most of the deaths and damage over the 50 years were caused by climate disasters, which included storms, floods and droughts.

We have 109 guests and no members online