In the mountains of southern Chile... The discovery of a 150-million-year-old "grandfather" of modern-day crocodiles 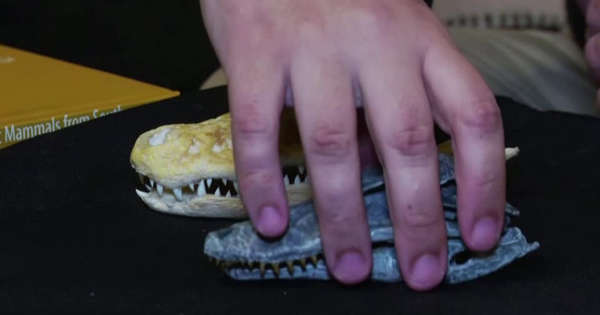 In the Andes of southern Chile, a fossilized skeleton dating back 150 million years was discovered and declared the Argentine Museum of Natural Sciences, and researchers at the museum identified the discovered skeleton as the "grandfather of current crocodiles."

The excavation of this species of crocodile is called "Porcisocos malingrandensis," found in 2014 in the Andes near the town of Mayenne Grande in the Patagonia region, and has since been analysed at the Argentine Museum of Natural Sciences in Buenos Aires.

Scientists believe that fossils will help them figure out how these reptiles went from being wild to aquatic.

This discovery, along with other excavations, supports the idea that South America was the cradle of crocodile evolution.

Federico Agnolin, who discovered the fossils, explained that about 200 million years ago crocodiles were "smaller and did not live in the water. Paleontologists have always wanted to know what that transformation was like. "

He added: "The Porkisocus species is characterized by a series of unique features that another species of crocodile does not have because it was first reached by water, fresh water."

The Argentine Museum of Natural Sciences indicates that crocodiles appeared at the beginning of the Jurassic, around the time of the first dinosaurs.

Within a few million years, thanks to warm and shallow seas, South America is well known for its wealth of marine crocodile fossils.