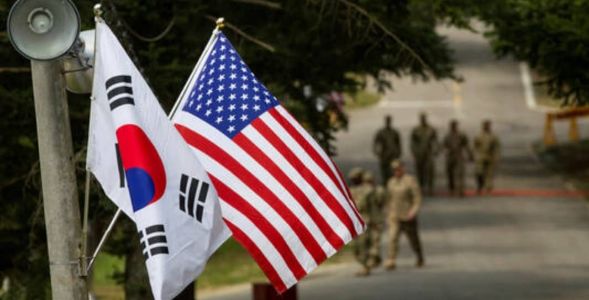 The US State Department has commented on the new South Korean legislation to ban the sending of anti-North Korean publications across the border, and stressed the importance of foreign information flowing to Pyongyang.

A spokesman for the US State Department told "Yonhap" News Agency: "With regard to the Democratic People's Republic of Korea, we are continuing our campaign for information flow to it."

He continued: "As a global policy, we call for the protection of human rights and fundamental freedoms."

For its part, Seoul responded to the statements of the US State Department, noting that "the relevant legislation is a necessary restriction, at a minimum, to protect the lives of citizens in border areas."

He continued, "Through communication, we intend to explain the purpose of the revised law, and explain that it is necessary and the least required measure to protect the lives and safety of citizens."

He pointed out that the publication of anti-Pyongyang publications in another country, "is not subject to the relevant legislation."

Earlier, the US State Department refused to make any official comment, while news reports revealed that US Deputy Secretary of State Stephen Pigeon "privately" conveyed US concerns about efforts to ban anti-Pyongyang publications during his recent visit to Seoul.

Last week, the South Korean parliament passed a bill to ban the sending of anti-Pyongyang propaganda leaflets to the North despite strong opposition from opposition party lawmakers.

Edit: Ahmed Al-Kumi According to ...

An American official. An ...

In a hypothetical meeting to ...

Illegal immigration is a ...