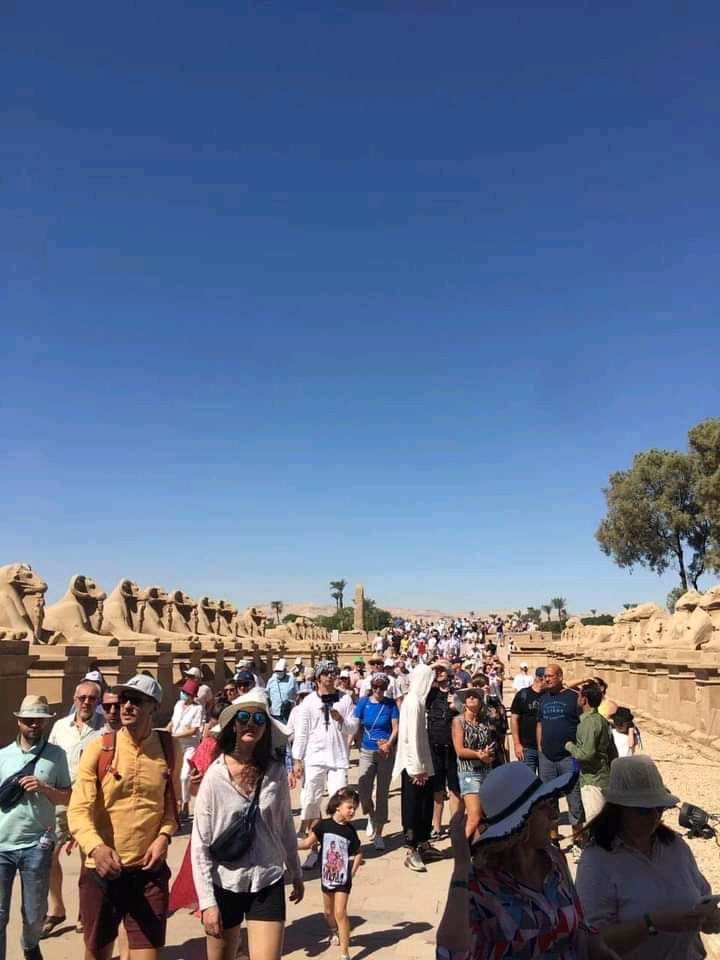 The world's eyes turn to the province of Al-Qasr, on Thursday, the evening of 25 November, where it prepares for a major and massive event by the Ministry of Tourism and Antiquities, in cooperation with all Egyptian State agencies, the opening ceremony of the Al-Kabbash Road.

This event will be organized to promote tourism for the province of Al-Qasr and to highlight its unique tourism and archaeological assets, especially in the margins of the Egyptian State's efforts to upgrade the infrastructure of the province, develop the Cornish and its streets and fields.

The importance of the Kabbash Road in connecting the Temple of the Shorter with the Karnak Temple is 2700 meters long. The Kabbash Road includes sculptures from various families of 1,200 statues of both Amun Ra'ah and Abu Al Hul.

In the way of Al-Kabbash, the Opt Holiday celebrations were held every year. These were the harvest holidays of the ancient Egyptian.

Excavation at Al-Kabbash Road dates back to 1949, when Dr. Zakaria Ghonim uncovered eight statues of Abby Al-Hul, followed by Dr. Mohamed Abdul Qadir 1958. 1960 Unveiling 14 statues of Abby al-Holi, followed by Dr. Mohammad Abdulrazak's 1961-1964 unveiling 64 other statues of Abby al-Holi. In the mid-1970s until 2002, Dr. Muhammad Junior uncovered the path from the tenth edifice until until the tenth edifice. From 2005 to 2006, Mansour Brick re-excavated the rest of the road in the areas of Khalid ibn al-Walid, Airport Road and Milling Street, as well as maintaining and architecturally lifting the archaeological evidence discovered and recording the soil layers, to see the history of the Great Parades Road through the ages, which alluded to the idea of reviving the road.