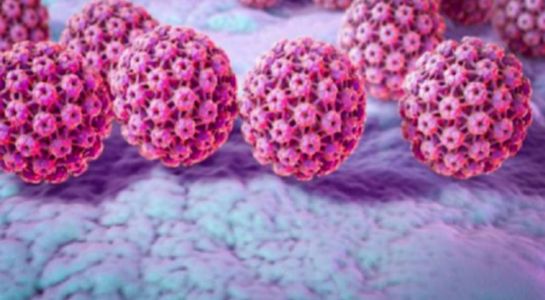 Professor Ancha Paranova of the School of Systematic Biology at George Mason University said that the symptoms of Coronavirus infection, due to prolonged inflammation in some cases, can "awaken" the cancer.

The expert stated, in a press interview, that "a tumor that sat quietly and did not move, could come out of its protective capsule and begin to spread more", due to the high temperature of the body for long periods.

Paranova also added that there are so-called tumor suppressant viruses, which, on the contrary, can contribute to a decrease in the rate of cancer development and the complete disappearance of the tumor.

She said, "Such miracles have been described. The virus is not without symptoms, it can cause fever, raise body temperature and make a person sick. But as a result, after a week or two, his tumor burns out and disappears."

And a group of Turkish scientists, last September, put forward the hypothesis that the "S-Protien" molecule in the emerging SARS-Cov-2 virus is associated with nerve tissue cells involved in the development of cancer.

But a member of the Board of Directors of the Russian Society of Clinical Oncology, Nikolai Zhukov, indicated that the Corona virus itself is twice as likely to cause cancer.