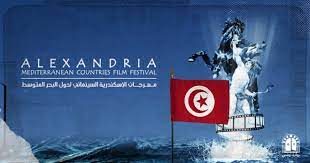 Critic Prince Abaza, President of the Alexandria Film Festival for Mediterranean Countries, announced at the 38th session of the festival, Tunisia's choice of "guest of honour" for the festival, to be held from 5 to 10 October.

Abaza said: "This choice is part of the celebration of the Year of Egyptian-Tunisian Culture, where a number of Tunisian films will be screened with tributes to some of its makers during the festival days."

"The celebration of Tunisian cinema will include the holding of a photo exhibition of Egyptian films filmed in Tunisia, as well as the organization of a symposium on Egyptian-Tunisian cultural relations, with the participation of a number of cinematographers," Reuters reported.

The festival is organized by the Egyptian Society of Film Writers and Critics, founded by the late writer and archaeologist Kamel Al-Malach, under the auspices of the Ministry of Culture, in cooperation with the Ministry of Tourism and Antiquities and Alexandria Governorate.

The festival will honour actress Dunya Samir Ghanem, broadcaster Imam Omar, as well as the name of actor, broadcaster and singer Samir Sabri, who died last May.

The festival programme will include a writing workshop for the comedy film, presented by screenplay Atif Bashai and director Hala Khalil, as well as a lecture by actor and producer Mahmoud Hamida, named after this year's session.

We have 162 guests and no members online