With the end of the trial. Johnny Depp and Amber Heard. Millions of dollars and reputations at stake 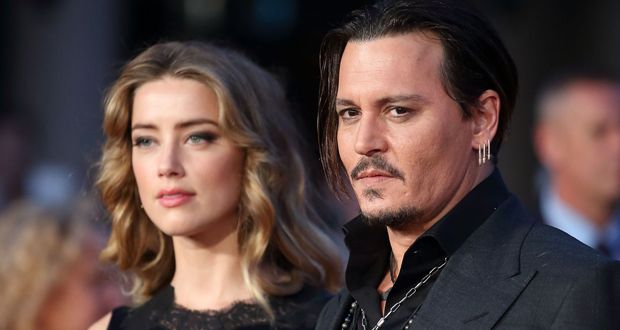 American actor Johnny Depp's case was divorced by actress Amber Heard on charges of defamation, with considerable media attention, and the lion's share of participation and

comments on social media, Especially given the intimate details she revealed about Johnny Depp and Amber Heard's relationship to reach the stage of deliberations, and it is now up to the jury to decide who will prevail, with millions of dollars at stake, and the reputation of the two representatives.

This comes 6 weeks after the Tribunal's hearings, which revealed the most accurate details of their special relationship, reaching its conclusion, and which will take some form of 4 different scenarios.

The first possibility of the outcome of this case is for Johnny Depp to emerge victorious, to be acquitted of Amber Heard's charges as "violent", and to be sentenced to approximately $50 million, which Depp is suing his ex-wife.

An expert in this area commented on a question as to what would happen if Heard could not pay this amount. David Banks told Spanish newspaper Marka: "Heard will get into various kinds of problems, and she will have negotiations on how to pay them over time."

He noted that in similar cases, many accept to declare bankruptcy, adding: "There are not many people who have that kind of money."

The second possibility, the jury may rule in Hurd's favour, when Depp will be found guilty of domestic violence. In this case, the Court could award Heard some $100 million in compensation, which she had set as compensation from her ex-husband.

While there might be a third option, a judgement should be reached in favour of a representative, but with the elimination of financial compensation.

The seven jurors must reach a unanimous decision and, if they are unable to do so, the trial can be declared invalid and it is up to the parties to reach an agreement and begin a new trial.

As with any civil case, there is an opportunity to appeal. In that regard, Banks believed that there was a "high probability" of appeal.

He added: "I think there will be an appeal, there's a lot at stake. reputation and professions of two adult film stars ".

We have 241 guests and no members online