The death of the King of Hygidia and the legend of Indian cinema for 98 years... And the Prime Minister tells him. 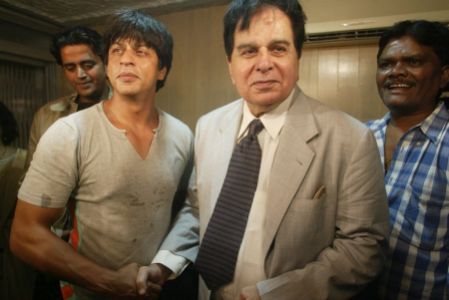 At the age of 98, the Indian film legend, Dilip Kumar, died.

Kumar, nicknamed "The King of Tragidia," is one of the largest stars of the golden age of Indian cinema in the 1940s and 1960s.

Kumar appeared in some 60 films over more than half a century, and among his most famous roles is "Mughal-a-Azam," one of the most important works of Indian cinema, dealing with a legendary story of an impossible love between a Mongol prince and his slave, who was a court dancer.

Kumar fought a great battle to get into acting, mainly as a fruit dealer, and was able to stand up to his family, who were refusing his acting career, until he became one of the biggest stars of Bollywood.

Kumar missed the opportunity to move to universality by rejecting David Lane's offer to participate in "Lawrence of Arabia" in 1962, a role that was approved and performed by Egyptian actor Omar Sharif.

Kumar was married to the actress Saira Banu who was best known in Bollywood in the 1960s and 1970s.

Indian Prime Minister Narendra Modi called Kumar a "film legend," and tweeted on his official account to his obituary: "Dilip Kumar J will be remembered as a film legend. He enjoyed unparalleled brilliance, attracting audiences across generations. His death is a loss to our cultural world. My condolences to his family, friends and countless fans. "

We have 283 guests and no members online